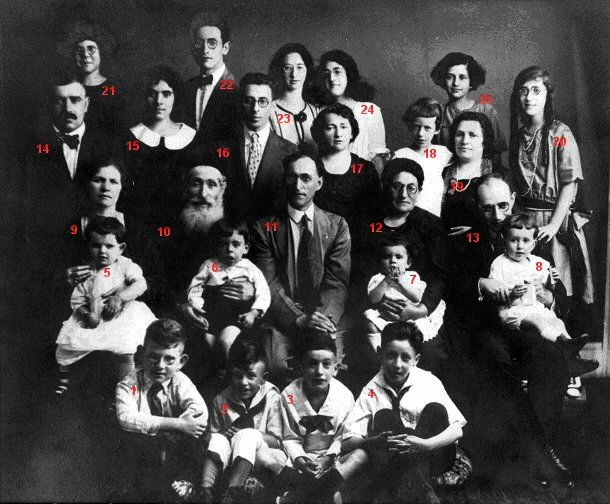 Family of Mordechai Laib Shapiro and his wife Rocha Nessa Romm Shapiro, circa 1921 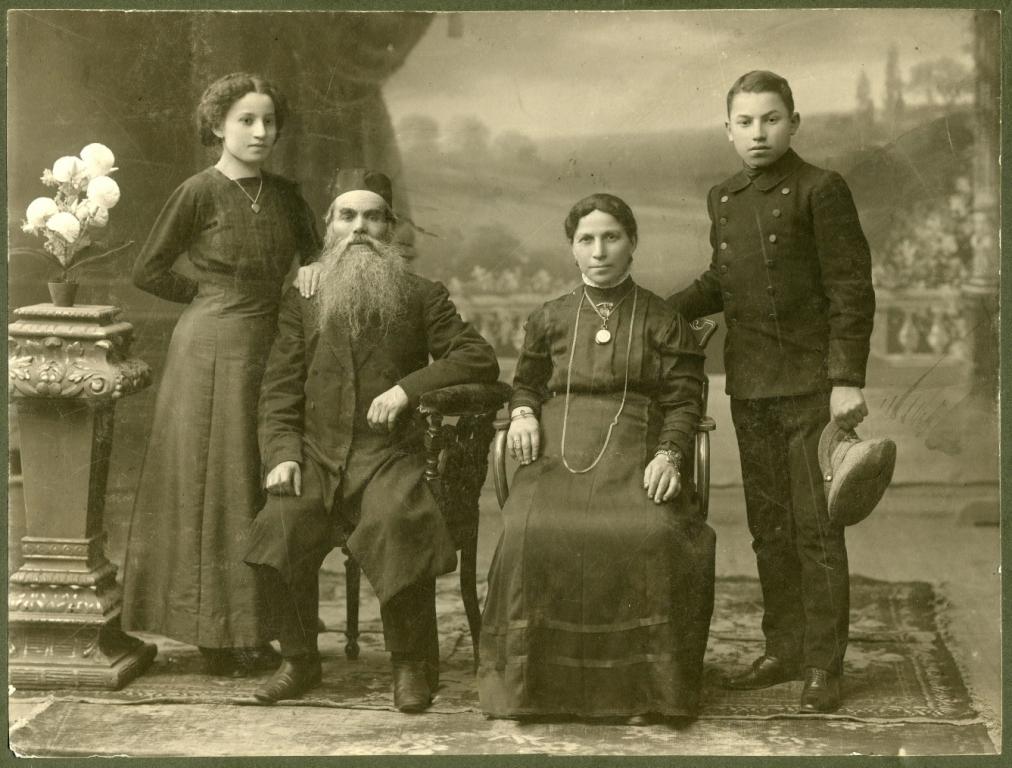 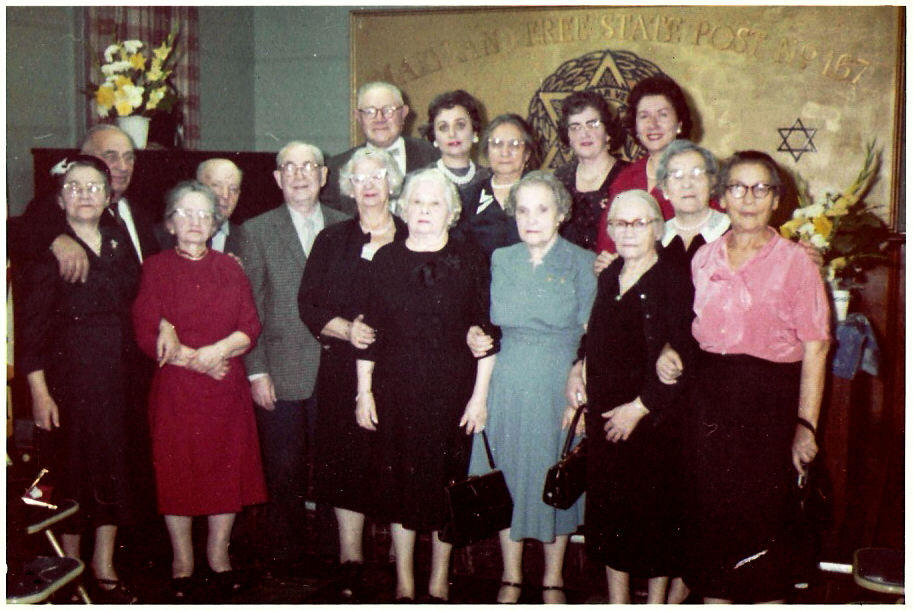 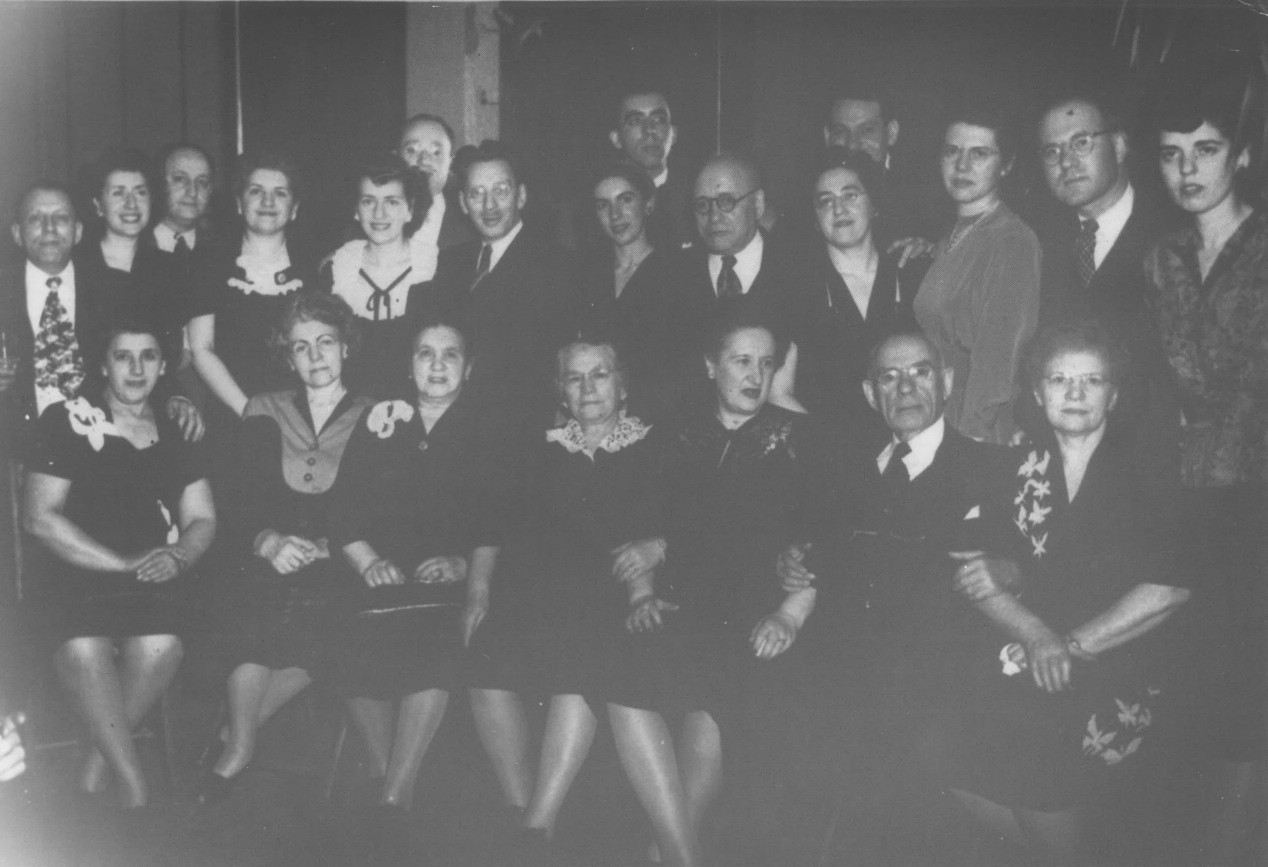 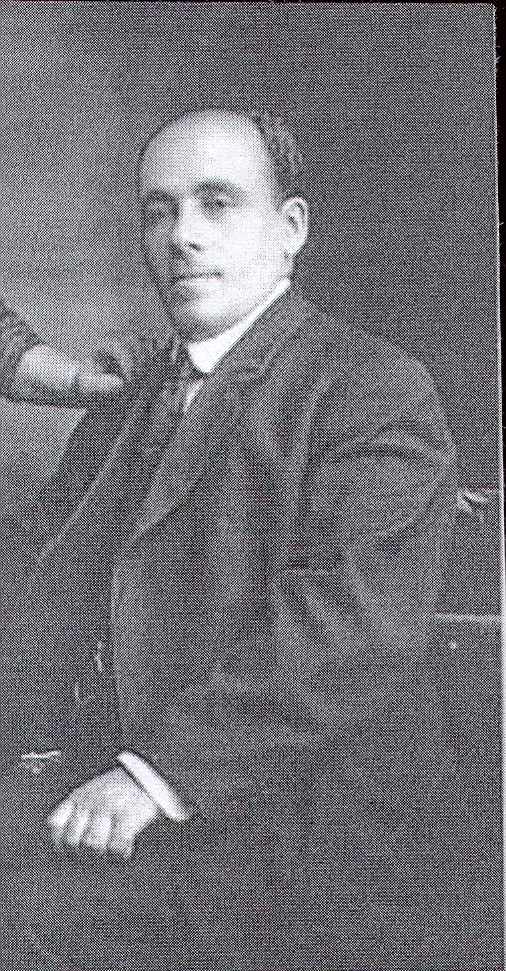 Myer Smith, the founder of the B'nai Abraham and Yehuda Laib Family Society, was born Zavel Savilevics in 1875 in Kupisik / Kupiškis. After training in Riga to be a capmaker, he lived for a brief period with his grandmother, Rella Krok Romm Abramovitz, and her second husband, Rabbi Abraham Abramovitz (in the U.S., Abramson). He then moved to Baltimore and worked for a wholesale grocery business. From this position, he was able to help relatives get started in the grocery business. 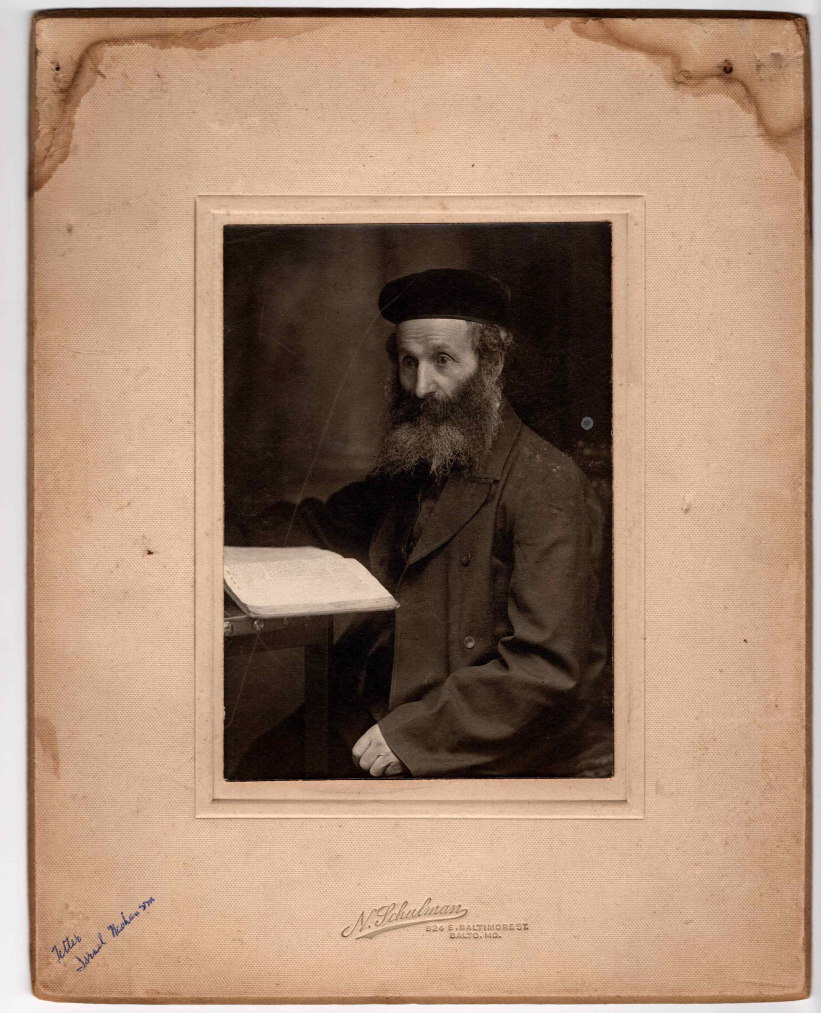 Israel and Mari-Le’ah appear to have initially emigrated from Lithuania to Jaffa, in what was then the Turkish Empire.  According to news articles in the early Spring of 1915, around 1905 they decided to move to the United States and live in Baltimore, where several of their children were living.  However, after nine years in Baltimore they decided to live out their remaining years in their former home in Jaffa.  They returned there on July 4, 1914.

On October 31, 1914, Turkey formally entered the First World War on the side of the German and Austro-Hungarian Empires.  On very short notice, the Turks expelled Israel, who was then 80, but not his wife, who was 78.  She was stranded in Jaffa.  It took Israel eight weeks to make his way back to Baltimore, traveling via Alexandria (Egypt), Naples, Paris, Le Havre, and New York.

One of their sons, Eli Nachamson (1881-1933), was a businessman in Kinston, North Carolina.  When he learned of his mother’s predicament, he sent his nephew, Max Ellison, to her rescue.  Max told the newspapers that he would rescue his great-aunt and bring her back to the United States “at any cost” and despite all risks that traveling to Turkish lands might present.  “Mr. Nachamson’s Mother in Jeopardy,” The Daily Free Press (Kinston, North Carolina), March 30, 1915, page 1, https://www.newspapers.com/clip/22210598/kinston-paper-on-mrs-nachamson-in/; “Wife of Kinston Man is Lost in Holy Land,” The Western Sentinel (Winston-Salem, North Carolina), April 2, 1915, page 1, https://www.newspapers.com/clip/1317278/the-western-sentinel/.

According to a June 30, 1915, article, despite efforts of her family to get her back to the U.S., her anxiety from her predicament led to Mari-Le’ah falling ill and dying in Jaffa. “Lost Wife in the Shuffle: Now She is Dead, Having Not Seen Husband Since War Began,” The Wilmington [NC] Morning Star, June 30, 1915, page 7, https://www.newspapers.com/clip/5285564/the-wilmington-morning-star/.