Where did our ancestors live?

Laib Krok and his family lived in the hamlet of Tzelkay (Čelkiai – pronounced “tshel-KAY”). It is located about 2 miles southeast of Rakisik (Rokiškis – pronounced “RAW-kish-kis”). Laib Krok’s daughter, Rella Krok, lived in adulthood in Rakisik. Her first husband, Yehuda Laib Romm, was from Ponedel (Pandėlys – pronounced “pahn-dey-LEES”), which is about 16 miles west of Rakisik. After he died, Rella married Rabbi Abraham Abramovitz and continued to live in Rakisik. The name of the family society remembers the given names of the second and first husbands of Rella Krok, namely, Abraham and Yehuda Laib. 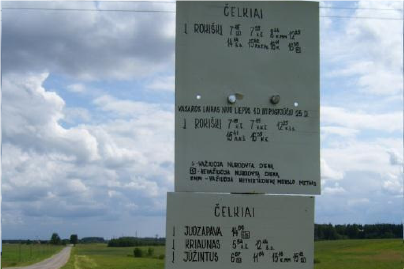 Bus Stop Sign For The Village of Čelkiai, near Rokiškis, Lithuania

Zanvil moved to Baltimore, probably around 1899, and changed his name to Myer Smith. Shortly afterward, he founded the family society. His sister Zlata moved to the United States probably around 1901 and changed her name to Celie Smith. In Baltimore, she met other relatives who had emigrated from the Rakisik-Kupisik area, including a first cousin, Dov Ber Shapiro, who was from Kamai (Kamajai – “kah-mah-YAY”). Kamai is about 7 miles south of Rakisik. In America, Dov Ber had changed his name to Benjamin. Celie married Benjamin and thereafter was known as Celie Shapiro. 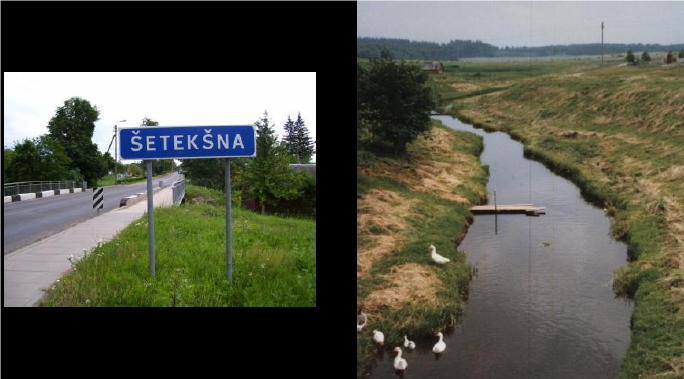 Until recently, the Jewish history of Rakisik, Ponedel, Kupisik, Kamai was primarily in Yiddish or Hebrew. Much of that information is being translated into English and is being posted on-line with new material. See, for example:

Chelkay never had a large population and today may have fewer than 30 inhabitants.  At this time, nothing has been posted concerning Jews who once lived there.  The only references at all merely note the hamlet’s location, http://adresai.vilnius21.lt/celkiuk-g9570.html, https://lt.wikipedia.org/wiki/%C4%8Celkiai_%28Roki%C5%A1kis%29, http://www.maps.lt/katalogas/Roki%C5%A1kio-rajono-savivaldyb%C4%97/J%C5%AB%C5%BEint%C5%B3-seni%C5%ABnija/%C4%8Celkiai.